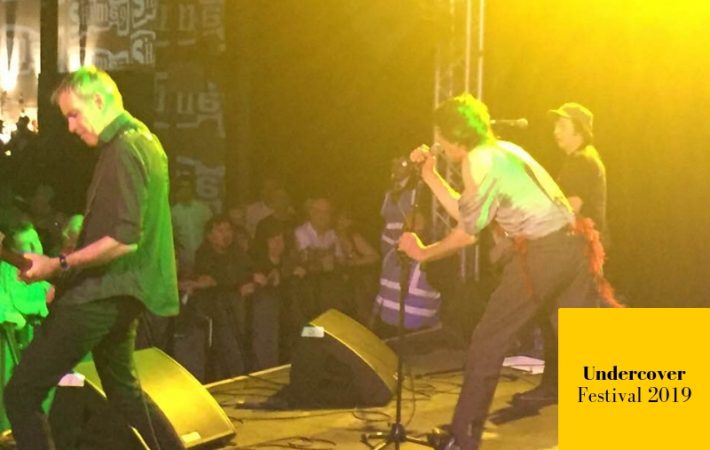 London, one of the most punk cities, will host on 2019 one of the best alternative festivals. Undercover Punk Festival is returning this year for its seventh year and the lineup is full of impressive artists you should not miss. Pioneers of punk “77” at the service of its faithful followers. From Chelsea to Slaughter & the Dogs. Here are five reasons to buy a ticket to Undercover Festival 2019. An entire weekend of pure British punk.

At Vinilos Blank Generation we had the chance to enjoy an amazing live concert on Chelsea’s last Spanish tour.

“Right to work”, “No Scape” and many others are played with the same vim and vigor of the very first day.

We admit it, we are devoted followers of Pauline Murray’s band.

At Undercover Festival you will have again the chance to jump to the rhythm of “Don´t Dictate”, “Life´s a Gamble” or the new astonishing version of Patti Smith’s “Free Money”.

Again another band that we enjoyed in concert and that left its mark.

Jimmy Pursue and his band, impassive after forty years, as if time didn’t pass for them. Remembering just two or three of their songs would be unfair as they have shown great potential through their career.

One of the best examples that shows that in 1978 punk music diversifies either towards dark sides with bands like Joy Division, Siouxie and Penetration, or reached the speed of hardcore punk with bands like G.B.H. or Discharge.

GBH (grievous bodily harm) alludes to a “small mishap” suffered by the former band’s bassist and eventually became the essence of the band´s name.

SLAUGHTER AND THE DOGS

One of the first punk bands which is still kicking.

“Cranked up really high” or “Where have all the bootboys gone” are very good reasons to buy a ticket.

If you have not decided yet, maybe their last record “Do it Dog Style, will do it for you.

Apart of these bands at Undercover Festival you will be able to enjoy other groups such as X Stiff Little Fingers, The Defects, the Restarts, Menace or Vulpynes. Three days of the best British punk. 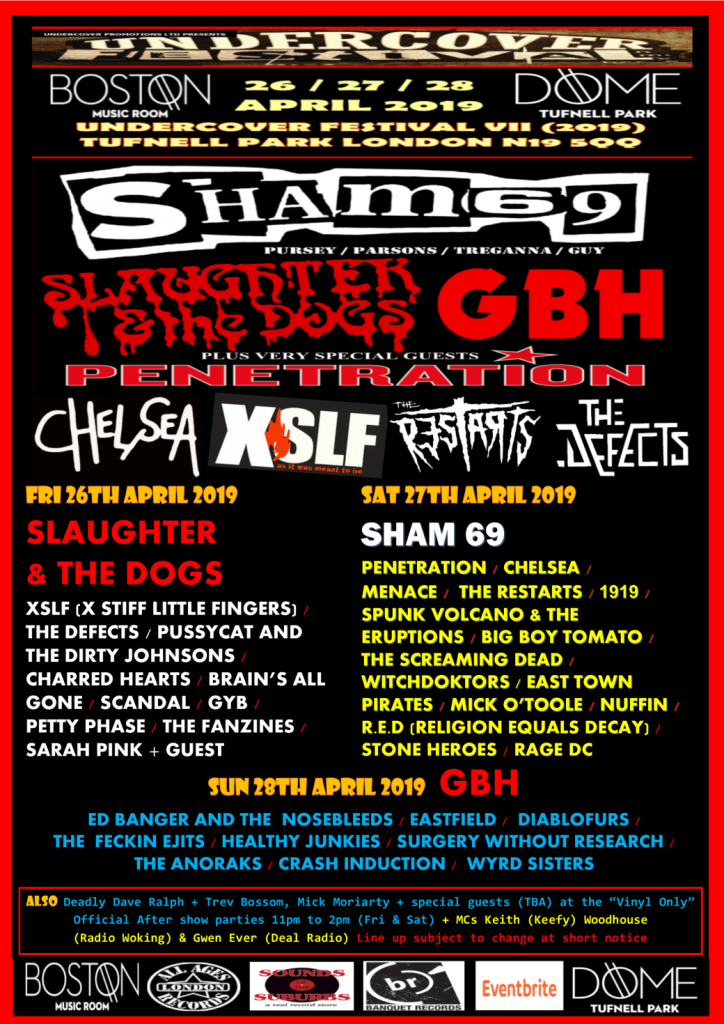